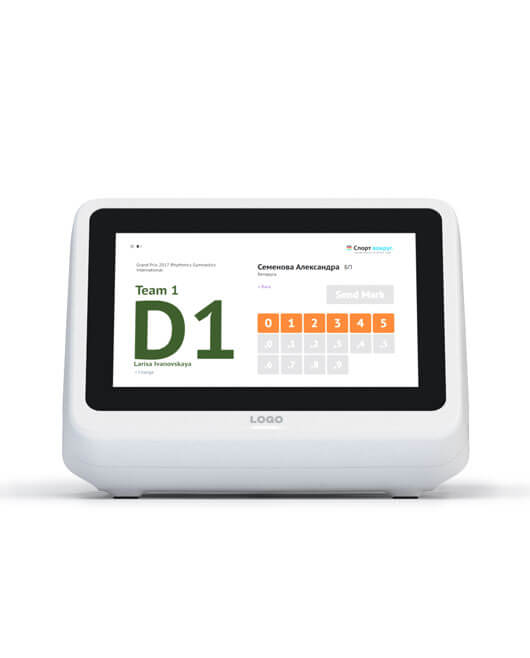 To design a set of two judging displays in the same style.

The difficulties we have encountered

The first stage of work is the creation of feasibility and preliminary design study project for investments.
This stage included rapid immersion in the environment, communication between users of the system, brainstorming to generate an idea, sketchy modeling of the external form, and rendering.
The deadline is 3 days.
As a result of this stage there were photorealistic images with general outline and without a binding to the real design, but suitable for product idea presentation. Three days to perform this kind of work is a very little amount of time. In order to meet the deadline, two designers worked in parallel.
Pre-design research Observation of the real judicial process, interviewing users.

The second stage is the layout. We worked together with the customer at this stage on the selection of internal system components and layout requirements approval, and then created three-dimensional models of components and worked on their mutual arrangement within the planned volume. At the same time, we were making dimensional models to work on ergonomics.

The third stage of the work is the development of product external surfaces taking into account the division into parts, the future technology of enclosure production, presentative vision. At this stage, we had the options for the product appearance within the framework of the previously proposed concept.

The fourth stage is the engineering study.In this project, the customer carried out the engineering study by its own efforts, and we only supported the project and made corrections to the external surfaces, if it was required for developing the product internal design.

The fifth stage is the author supervision at the prototyping and production stage. We maintained the project until the end, advised the customer on the color, quality of the product, made corrections and recommendations.

Judging systems are installed in Irina A. Viner-Usmanova Rhythmic Gymnastics Center in Luzhniki. 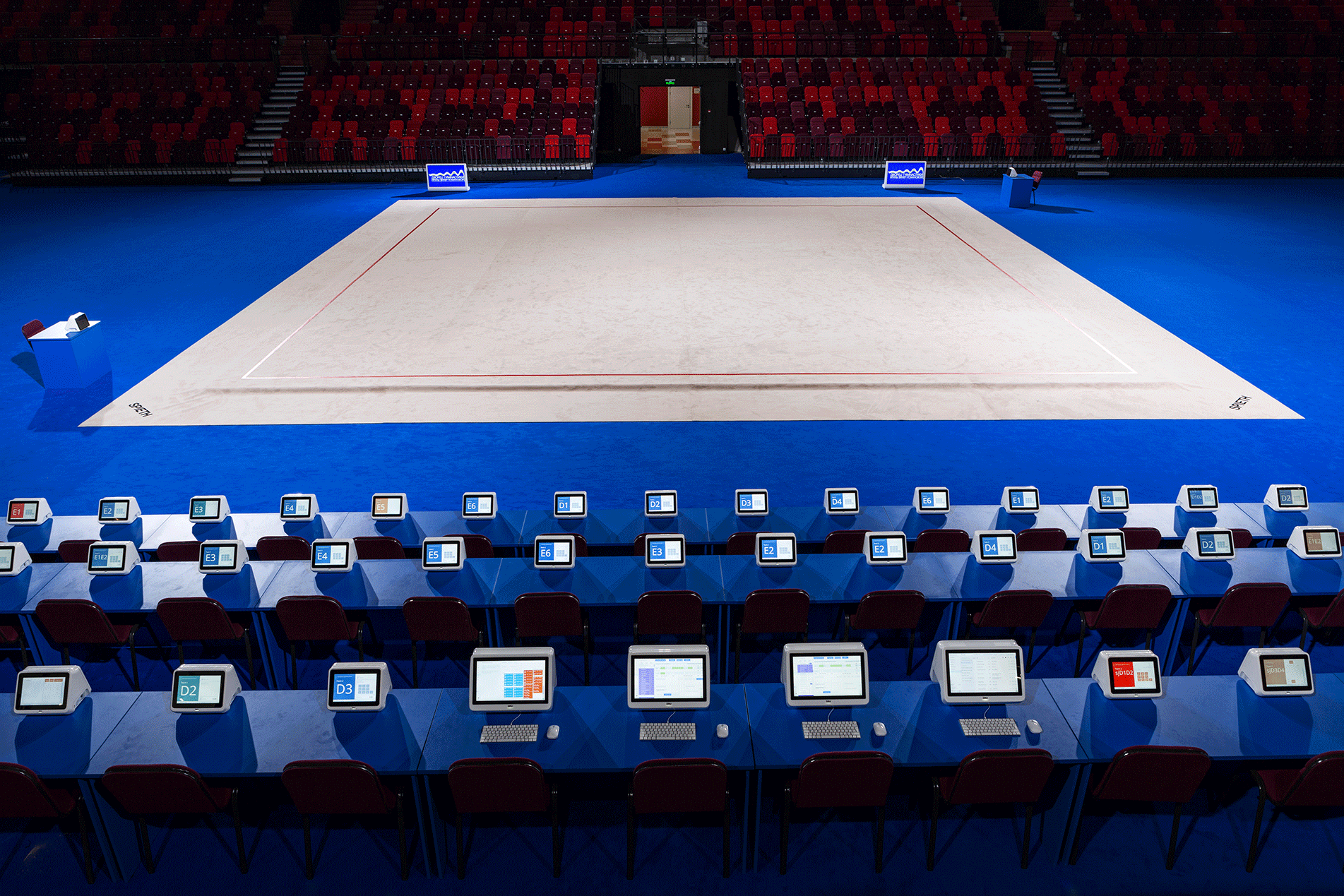